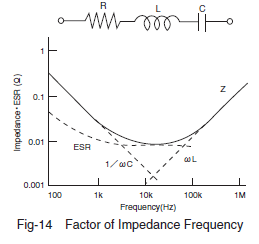 The value 1/ωC shows the pure capacitive reactance graphically presented by a straight line going downward at an angle of 45°, and ωL shows the pure inductive reactance graphically presented by a straight line going upward at 45̊. R shows the equivalent series resistance (ESR). At a range of lower frequencies, the R curve goes downward due to the dielectric loss frequency-dependence. At a range of higher frequencies, the R curve tends to be almost flat since resistance of electrolyte and paper separator is dominant and independent on frequency. Equation (3) shows this tendency.
\(Z = \sqrt{R^{2}+( \omega L - \frac{1}{\omega C})^{2}  } ・・・(3)\) 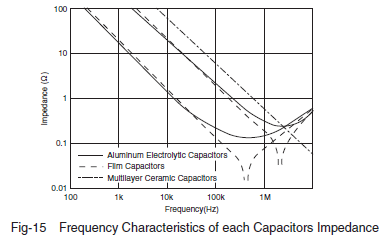 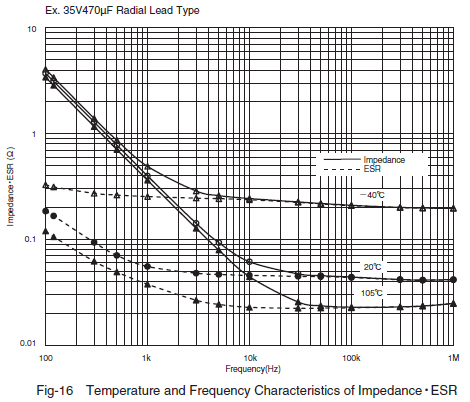