NH Carbon™ is a material for next-generation electricity storage devices developed by Nippon Chemi-Con, and the mass production technology for this material will be co-developed by Nippon Chemi-Con and Asahi Carbon. NH Carbon™ is based on the "nano-hybrid technology," a manufacturing technology of electrode materials for capacitors co-developed by Tokyo University of Agriculture and Technology, on-campus venture company K&W Inc. and Nippon Chemi-Con.
NH Carbon™ is a unique carbon material that has never been seen before in that it can change its shape and be coated on the surface of active material when being kneaded with active material or during the press-forming of electrodes (Figure 1, Figure 2). By using it in the anodes and cathodes of lithium-ion batteries and all-solid-state lithium-ion batteries, it is especially effective in improving the charge-discharge cycle life by 2 to 3 times, as well as improving electrode density and reducing electrode resistance. 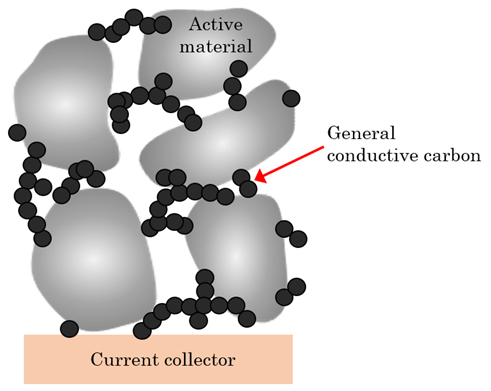 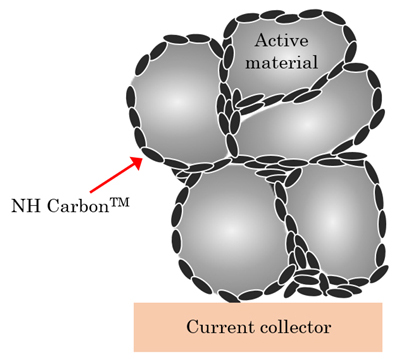 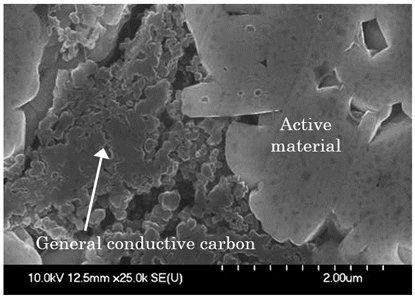 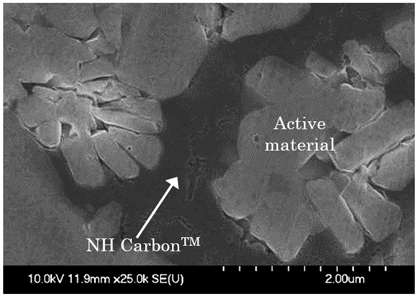 Hereafter, the two companies will work together to promote the full-scale mass production of NH Carbon™ and expand sales to customers.

NH Carbon™ will be used in the world's first sulfide compact all-solid-state battery that Maxell, Ltd. is aiming to commercialize.
What is NH CarbonTM ?